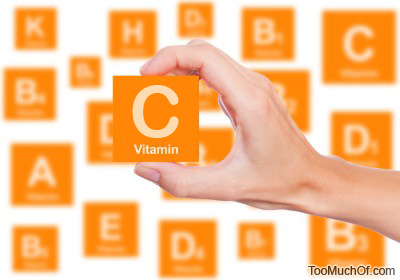 Vitamin C is classified as L-ascorbic acid (ascorbic acid) and is one of the 13 essential vitamins. It’s a water-soluble vitamin that contributes to normal body development.

Since vitamin C is an essential nutrient  (meaning your body does not produce or store sufficient quantities of it), it is necessary to have enough of vitamin C in the daily diet to promote health of teeth and gums. Vitamin C assists the body to absorb iron and support healthy connective tissue regeneration and promotes wound healing. It also functions as a natural antioxidant and antihistamine.

Mineral salts of ascorbic acid are almost always preferred as they are less acidic, and therefore, considered “buffered.”. However, consuming each mineral may produce additional health issues when combined with ascorbates. Some of the most common mineral forms of Vitamin C are:

The mechanism that causes the death from too much vitamin C consumption is not clearly established. It is thought to be more of a mechanical nature rather than chemical.

At the time of overdose, the water soluble Vitamin C is rapidly excreted from the body via to urine. Vitamin C toxicity is considered relatively low comparing to other nutritional substances.

A new study by British researchers at the University of Leicester states that a daily 500mg synthetic supplementation of vitamin C can have a pro-oxidant effect on the genetically composed DNA. The pro-oxidant process may promote genetic damage of the DNA by free radicals.

It is worth noting and the naturally occurring vitamin C in foods does not produce the harmful effects as its synthetic counterpart does when too much vitamin C is taken via synthetic supplements. The best way to balance your intake of vitamin C is via healthy diet plan.

Is is also worth noting that many so called “healthy diets” may cause nutritional deficiencies, including vitamin C deficiency, since they change the rate with which the vitamins are utilized by the body.