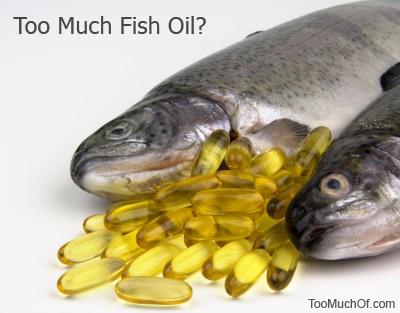 Fish Oil (an omega-3 oil) is an extract from the tissues of oily fish. Fish Oils composed of omega-3 fatty acids known as EPA (eicosapentaenoic acid) and DHA (docosahexaenoic acid). These compounds were found to reduce inflammation and provide other health benefits.

The accumulation of omega-3 fatty acids in the tissues of fish is attributed to consumption of either microalgae or prey fish by oily fish. The dietary source of fish oil is cold water oily fish, which includes sardines, mackerel, herring, salmon and anchovies. The highest concentration of omega-3 fatty acids is in sardines herring, salmon, Spanish, Atlantic and Pacific mackerel and swordfish.

A large number of studies on the benefits of fish oil have been taking since the attention emerged to different type of fats required for the human body to process. These omega-3 oriented studies have found connections of the following possible benefits from fish oil

Before consumption of the supplements containing omega-3 fats, consult your doctor as it may negatively impact your health if you take any medications that thin your blood.

A possible consideration against the fish oil consumption is the quality of the supplements. Many supplements derive from a fish that may potentially carry dangerous levels of toxins which are potentially hazardous, carcinogenic and even fatal even at low levels of exposure over time. These include but not limited to

With daily consumption of the supplements, fish oil toxins may accumulate to dangerous levels and eventually cause an array of systemic illnesses that would be very difficult to diagnose and treat.

Another example of the real fish oil toxicity dangers was a lawsuit filed by the California environmental group in 2010 that presented an evidence of eight brands of the supplements that contained excessive levels of toxic substances in their omega-3 supplements. The vendors that were accused of poisoning their product consumers were Twinlab, CVS pharmacy, Nature Made, Rite Aid, GNC, Solgar, Now Health, and Omega Protein

Although omega-3 supplementation may seem like a logical choice for health benefits, too much of anything or even a modest consumption of fish oils may produce different effects on a human body. While the studies have connected the omega-3 fatty acids to improvement in certain conditions, most numbers represent a statistical calculation that does not always represent an accurate picture of the nutritional and physiological states of the studies’ participants.

Despite the numerous studies that have been praising the fish oil benefits, an extremely profitable 1.1 billion industry, the latest studies have been providing a different view on the omega-3 hype.

The most common fish oil supplementation side effects are

It is strongly recommended that fish oil supplements are takes only on a short term basis and under supervision of a doctor. The best long term benefits of consuming Omega-3 fats can be obtain via consuming a wild caught fish such as cod, salmon, tilapia and mahi. The farm raised fish should be avoided as its mostly raised with soy and corn.