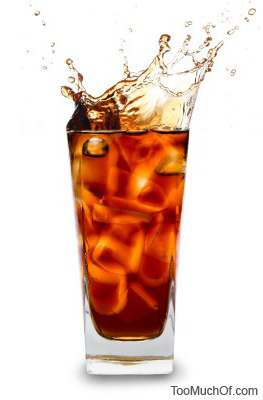 Soft drink is a type of beverage which is primarily based on carbonated water where a natural or an artificial sweetener is used as a flavoring ingredient. The most common sweetening agents used in carbonated beverages are:

There are 2 primary types of sweetening agents

Although both serve the same function of flavoring the beverages, both are radically different. When taken in high volumes or even low doses long term, the sugar substitutes may elevate the levels of harmful substance intoxication

In large quantities sugar is toxic and contributes to about 30 million deaths worldwide each year from diseases such as heart disease, cancer and obesity associated health conditions. It is also linked to the following chronic conditions:

Side effects & dangers of sugar substitutes in soft drinks

Although sugar substitutes significantly reduce or virtually eliminate calories from the soft drinks, the dangers are posed from the substance composition of the sweetener substitutes such as Aspartame, Sucralose and Alitame.