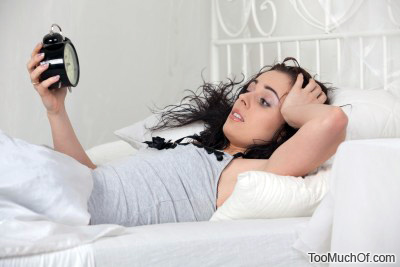 Sleep is considered to be a dynamic activity. It is state of unconsciousness when human perception and sensory mechanisms are suspended while the voluntary muscles activity is stopped. During the sleep, the anabolic activity is raised, promoting rejuvenation of body systems, including immune, skeletal, muscular and nervous systems.

The amount of sleep optimally required by humans varies with age and circadian rhythms timing. When sufficient amount of sleep is acquired, there should be no daytime sleepiness or dysfunctions.

In healthy middle aged adults, the optimal self-reported sleep time associated with long longevity is around 7 hours of continues and sound sleep per day. However, due to the variations in sleep quality, the following are the commonly accepted averages

Additional considerations that contribute to maintenance of natural circadian rhythms

Nap or not to nap?

Although habits of naps have been associated with reduction in coronary mortality, epidemiological studies produced somewhat conflicting results. Naps appear to contribute to overall body health only if such naps are necessary and less than 20 minutes in duration.

A recent study of more than 27000 people in China, where taking post-lunch naps is very popular, indicated that napping for more than 30 minutes raised the chances of developing type two diabetes. This appears to be the result of excessive insulin if naps are taken during the day that eventually wears out pancreatic response. This has been also found to affect cholesterol levels in an adverse manner.

Napping during the day also leads to decreased quality of sleep at night.

Nap necessity can be linked to

Dangers and side effect of oversleeping

Too much sleep can negatively impact the life span and quality of living. Studies show that sleeping over 8 hours a day in adults has been consistently linked to heightened mortality rates, although other associated factors are not ruled out.

A University of California, San Diego study of psychiatry that analyzed over one million adults, found that those who live the longest indicated sleeping for 6 to 7 hours each night. Another sleep study of duration and mortality risk in women showed similar results.

It has been suggested that the correlation between lower sleep hours and reduced morbidity only occurs with those who wake up naturally, rather than those using an alarm.

Excessive sleeping has been associated with the following

Reducing oversleeping can be accomplished by establishing a healthy sleep routine

Gradually reducing your sleeping time over a few weeks period will help you to normalize your sleep patterns more effectively. Be careful not to reduce your sleep time excessively. Your sleep requirements may vary due to many factors.